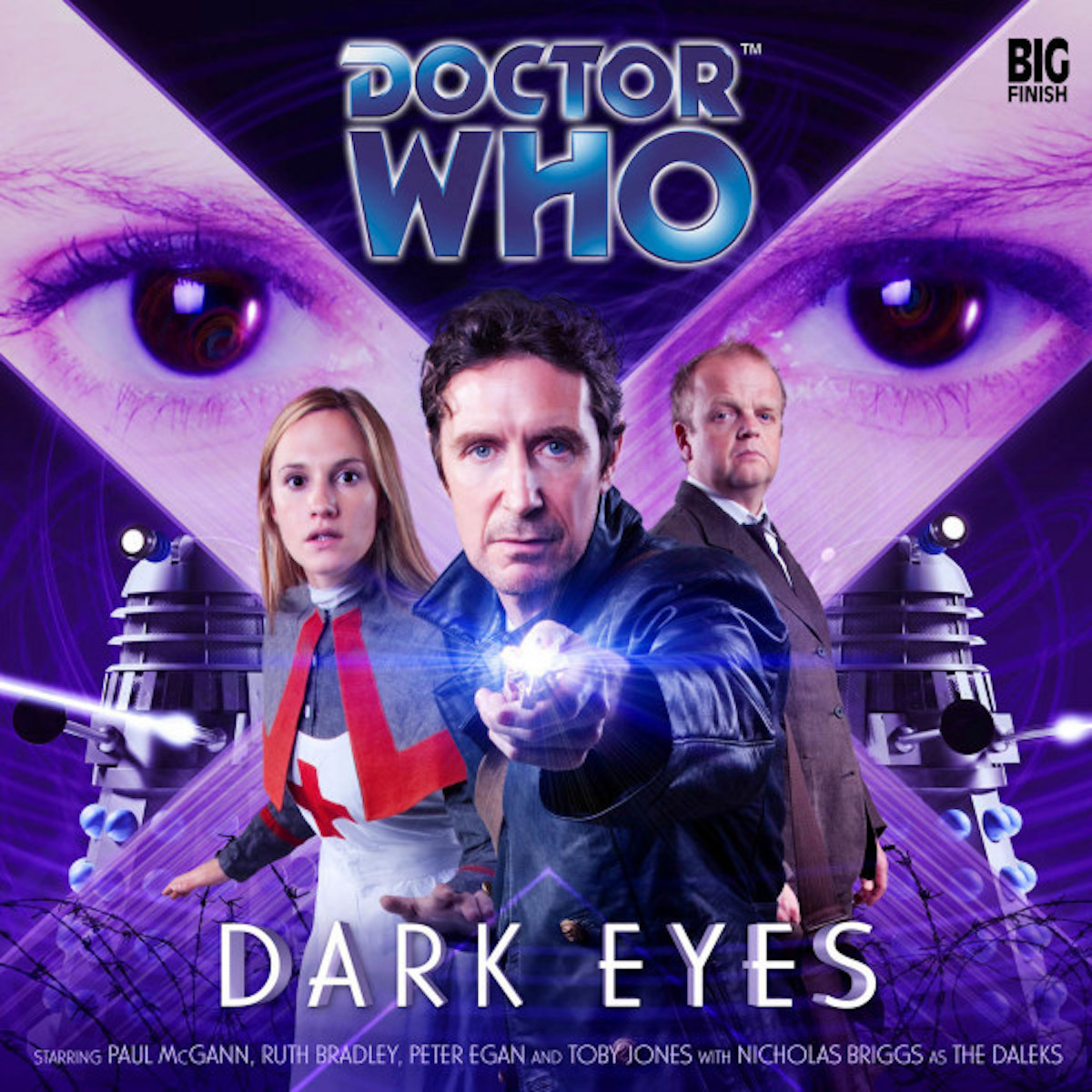 ‘I really hoped it would be a wonderful view. to look back from the end of everything to see how things finally turned out.’

The Doctor is looking for hope. But instead, he finds himself on a mission. The Time Lords have uncovered terrifying fragments of an insane plot to destroy the universe. And somehow, at the centre of that plot is one, random female in Earth’s history, Molly O’Sullivan.

Soon, The Doctor and Molly find themselves thrown headlong into a series of dangerous and terrifying adventures, with the dreaded Daleks never far behind them.

Part One. The Great War

Voluntary Aid Detachment nursing assistant Molly O’Sullivan spends her days facing the horrors of the Great War. Little does she know that a man from another world has arrived, looking for her.

But what are the strange sounds coming from the battlefield at night? Where is the glowing gas coming from? And is everyone who They claim to be?

With the first objective of his mission reached, almost nothing is going to plan for The Doctor. He finds he cannot contact or return to the Time Lord’s home planet, Gallifrey. And just when Molly O’Sullivan thinks she’s escaped one conflict, she finds herself in the thick of another one.

What is it that connects The Doctor, the Daleks and the mysterious Ides Scientific Institute?

Something happened when Molly O’Sullivan was just two years old, and The Doctor thinks it’s high time They found out exactly what it was.

Meanwhile, the Daleks are fully activating their Temporal Chamber. And while The Doctor and Molly get closer and closer to the terrible truth, the nature of reality itself seems to be in question.

Part Four. ‘X’ and the Daleks

‘Subject is called Molly O’Sullivan. An inhabitant of Earth. Born Earth year 1891. Has traveled in space and time with Time Lord known as The Doctor.’

With Straxus and his TARDIS destroyed, The Doctor and Molly have tracked the mysterious ‘X’ to the planet Srangor. It is here that the truth of the threat to the universe will finally be revealed.

What is the Dalek Time Controller’s ultimate plan? What exactly is the space-time projector? Who will survive this epic battle for survival?