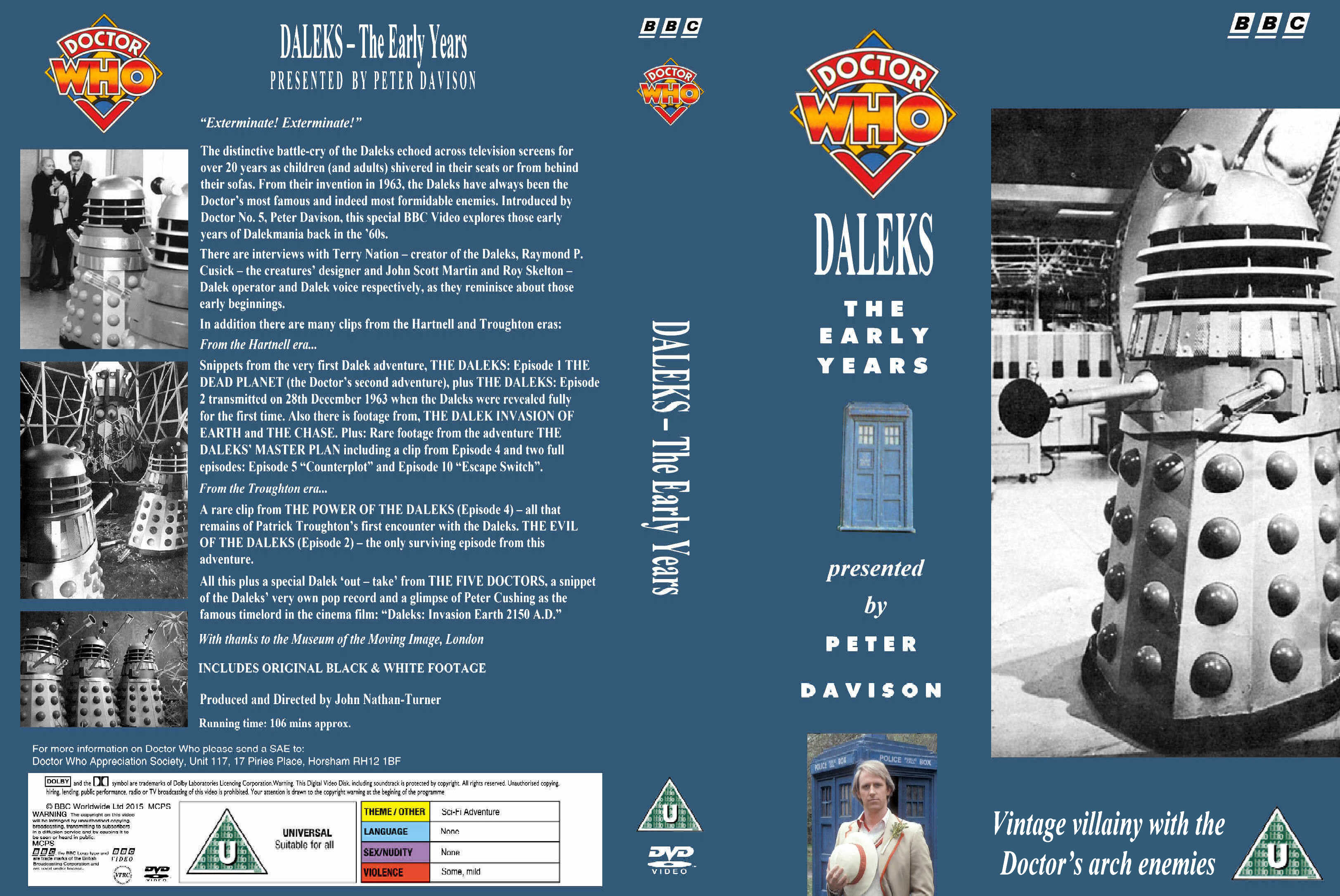 The distinctive battle-cry of the Daleks echoed across television screens for over 20 years as children (and adults) shivered in their seats or from behind their sofas. From their invention in 1963, the Daleks have always been The Doctor’s most famous and indeed most formidable enemies. Introduced by Doctor No. 5, Peter Davison, this special BBC Video explores those early years of Dalekmania back in the ’60s.

There are interviews with Terry Nation – creator of the Daleks, Raymond P. Cusick – the creatures’ designer and John Scott Martin and Roy Skelton – Dalek operator and Dalek voice respectively, as they reminisce about those early beginnings.

In addition there are many clips from the Hartnell and Troughton eras:

From the Hartnell era…

Snippets from the very first Dalek adventure, THE DALEKS: Episode 1 THE DEAD PLANET (The Doctor’s second adventure), plus THE DALEKS: Episode 2 transmitted on 28th December 1963 when the Daleks were revealed fully for the first time. Also there is footage from, THE DALEK INVASION OF EARTH and THE CHASE.

Plus: Rare footage from the adventure THE DALEK MASTER PLAN including a clip from Episode 4 and two full episodes: Episode 5″Counterplot” and Episode 10″Escape Switch”.

From the Troughton era…

All this plus a special Dalek ‘out – take’ from THE FIVE DOCTORS, a snippet of the Daleks’ very own pop record and a glimpse of Peter Cushing as the famous Time Lord in the cinema film:”Daleks: Invasion Earth 2150 A.D.”