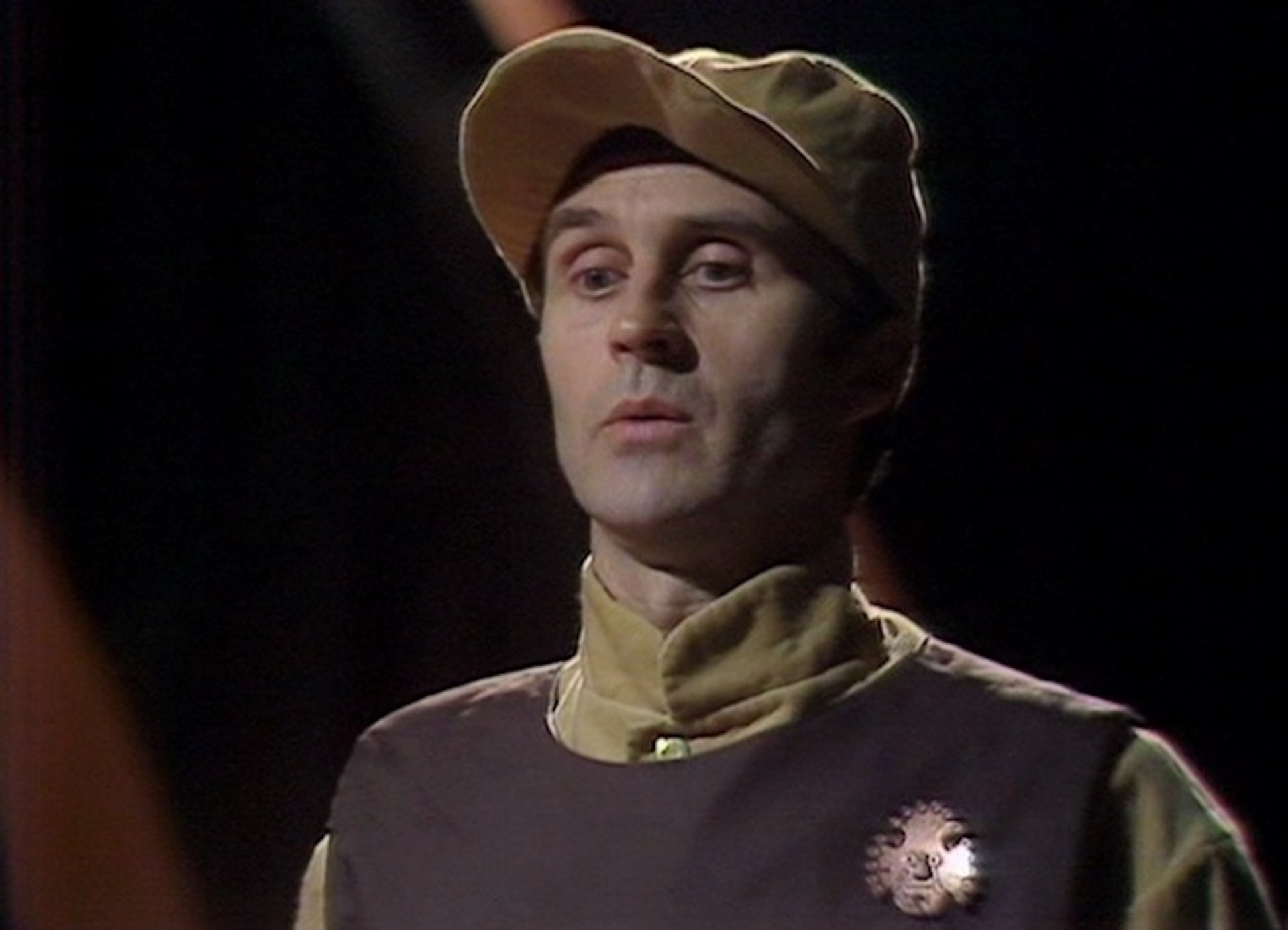 Cordo was a D-Grade foundry worker from Megropolis One, Pluto. He lived much of his early life under the oppression of the Company, and was frightened of darkness because he did not know it: there was no such thing as nighttime on Pluto due to its six artificial suns.
Many years prior to his father’s death, Cordo began saving up to pay for the Golden Death. When his father eventually died, Cordo was told by a nurse to report to Gatherer Hade to pay the cost. However, he found that the price had risen and he was no longer able to cover the amount. Hade told him he would have to work additional shift, even though he already worked twenty-three hours a day.

This drove Cordo to become suicidal. As he prepared to leap from a rooftop, the Fourth Doctor and Leela took hold of him and forcefully prevented him from jumping. Together, they fled to the undercity where they became acquainted with Mandrel and his gang of outlaws. Cordo was ordered to accompany The Doctor in delivering a consumcard to the Consum Bank on subway 37.

When they arrived, The Doctor was collecting the money when he was trapped within the bank cubical and gassed into unconsciousness. Cordo returned to the undercity and reported this to Leela and the outlaws. Cordo was the only one among them who opted to accompany Leela on a rescue mission to get The Doctor out of the Correctedition Centre. They were joined by K9 on their way there but found The Doctor had already been released. Instead, they freed another prisoner, Bisham.

They lost Leela following an attack by some guards and returned to the undercity. There, Mandrel and his outlaws decided to join the rebellion and Cordo opted to go with The Doctor and some others to Main Control. When they had stopped the output of PCM, Cordo began guarding the controls. Soon enough, the Citizens’ Revolution was in full swing and, seeing as he was armed, Cordo decided to join in the fighting. He made his way to the palace and was present when the Collector, the Company’s representative to Pluto, reverted to his natural form. With that, Cordo and the whole of Megropolis One were freed. (The Sun Makers)