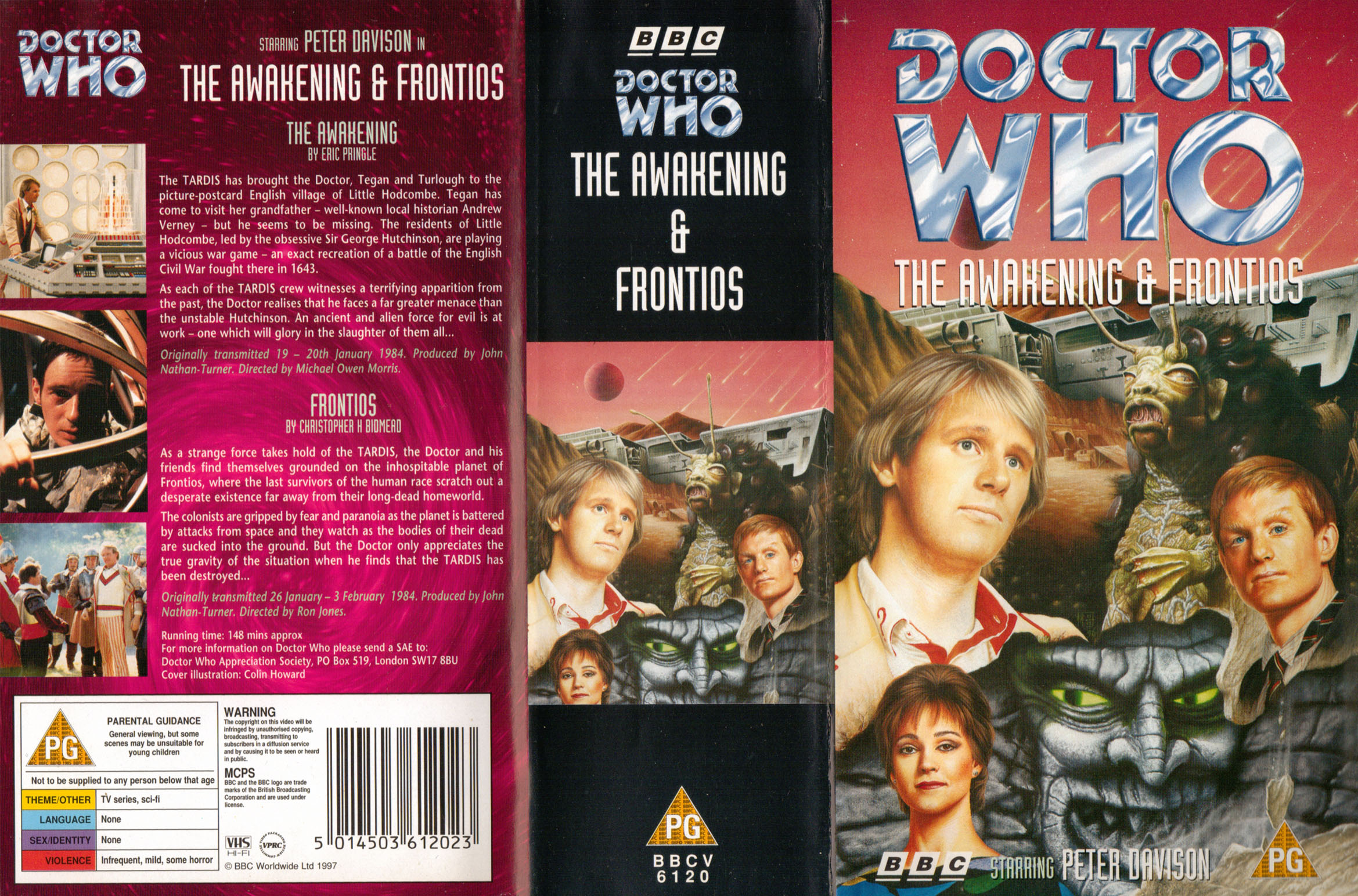 The TARDIS has brought The Doctor, Tegan and Turlough to the picture postcard English village of Little Hodcome. Tegan has come to visit her grandfather – well known local historian Andrew Verney – but he seems to be missing. The residents of Little Hodcombe, led by the obsessive Sir George Hutchinson, are playing a vicious war game – an exact recreation of a battle of the English Civil War fought there in 1643.

As each of the TARDIS crew witnesses a terrifying apparition from the past, The Doctor realises that he faces a far greater menace than the unstable Hutchinson. An ancient and alien force for evil is at work – one which will glory in the slaughter of them all…

As a strange force takes hold of the TARDIS, The Doctor and his friends find themselves grounded in the inhospitable planet of Frontios, where the last survivors of the human race scratch out a desperate existence far away from their long dead homeworld.

The colonists are gripped by fear and paranoia as the planet is battered by attacks from space and they watch as the bodies of their dead are sucked into the ground. But The Doctor only appreciates the true gravity of the situation when he finds that the TARDIS has been destroyed…